Richard Sharpe is a fictional character by Bernard Cornwell, for the Sharpe series set within the Napoleonic Wars, all the way from India to after the wars in 1820. This series span off a TV series staring Sean Bean, named Sharpe. 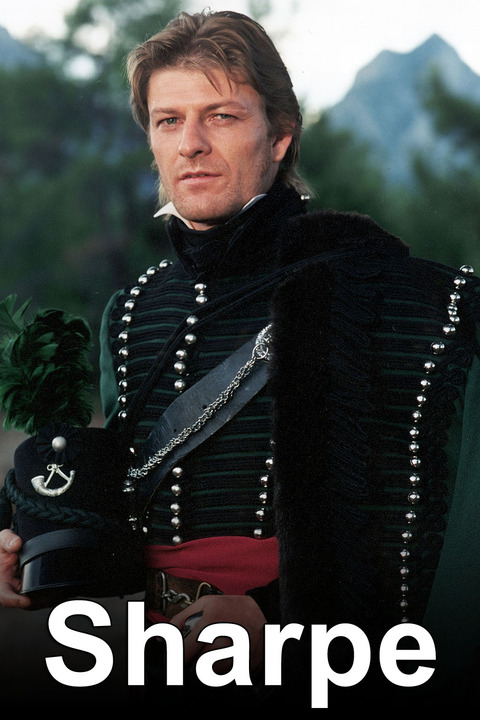 I have here an Andrea Miniature in 54mm scale of Sharpe, this is my first entry in to the big model format, and I hope to do this model justice and be able to enter this into painting comps.

Richard Sharpe is a nice miniature, it comes with a scenic base.  Sharpe in the books from the 95th Rifles, Sharpe made it from an enlisted man to an Officer, this sort of thing never really happened, in the British army, so the fictional side of the Napoleonic wars does attract quite a following.

The uniform is all green on green, I could have chosen a more contrasting model for my first big model, but I do love the Sharpe story so it was to be my first big model. I have to admit I was quite terrified of it when I started, I didn’t want to screw the skin tones up and really wanted to do the best I could.  There has been some work in process shots taken and posted on Instagram, but now it is time to show the whole thing off.

I am not sure that it will win any prizes I think there are some far better painters out there in Australia that I am , but I think that this is a good starting point for me to get back in to competition painting.

The biggest problems I can see with this paint job, is the Green on Green, I really needed to put a lot more contrast on the green uniform, but the inner rivet counter in me really would not let that happen I still wanted to keep this looking dark and dirty.  Also I need to work on Eyes, I got the out side right, but the pupil just was not good enough.  Silver on Silver for the sword and Scabbard is also a problem, I need to get better at same colour metallic’s doing Golds and stuff is easy because you can use silvers at contrast, but in this case I was a little out of sorts.   There needs to be some touch ups before I put this in at Cancon for Crystal Dragon, but I will get there, I think the next piece I paint will be a bust, but something that I can do alot of contrast with, something with more than one colour as well, but that will be for next time, once Cancon is over I will look at what to purchase next.