WW2 Assault Tactical skirmish Combat, was a kickstarter that I backed late last year.  I was hoping that it would have been on time but it was not, however it was only 2 weeks delayed that is a win in my book.   It is a 28mm WWII Infantry combat game. 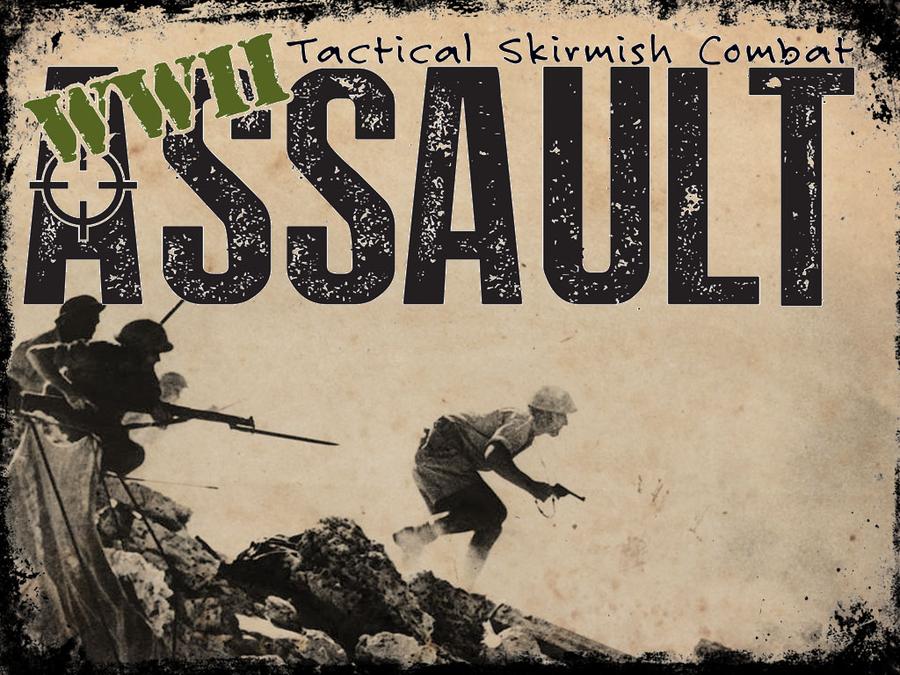 This game steps in to the Bolt Action sphere, of 1:1 combat, but really that is where it stops, this rule set can be used for 15mm to 28mm or bigger if you want.  And it is more than a two player game, you could have 6 or even 8 people playing at once.

The Road to Cherbourg Scenario Pack

And a Box of Troops which I am reviewing next week.

Yep this is a D10 system, which I am pretty excited about as the bell curve of the D6 can be a little harsh at times, the D10 should provide a better bell curve for results.

The rules are short and sweet and too the point, on Tri-fold Card.  The lists to use are on the scenarios.

only game, so the cheat sheet has all the Infantry weapon rules you need, this game is designed to be hand to hand more than shoot at each other.  There is fog of war, where troops can move hidden if not deployed on the until spotted, with in 5″ you are spotted.

The sequence of play is:

The Assault phase is the important one, as that is where you either shoot or do close combat. Then there is grenades, yep they matter in this game.

Overall the game looks like a great little game, the production quality is really high.  I am sort of wanting to play it now but there is nobody here to play against.

Have a look at the game, it is $25 for the whole thing, what could possibly go wrong.